We now have notes to learn about the Numbers in Spanish that have been written in English and Spanish.

You find us talking about the difference between cardinal numbers and ordinals numbers and when to use them correctly as well as how to write (and say) large numbers in Spanish. There is also a section on fractions and decimals.

We also have two games to practice the numbers in Spanish.
One is only for the Numbers from 1 to 100.
The other game is for larger numbers.

Here is a chart with all of the cardinal numbers in Spanish between 1 and 100 as well as some larger numbers. 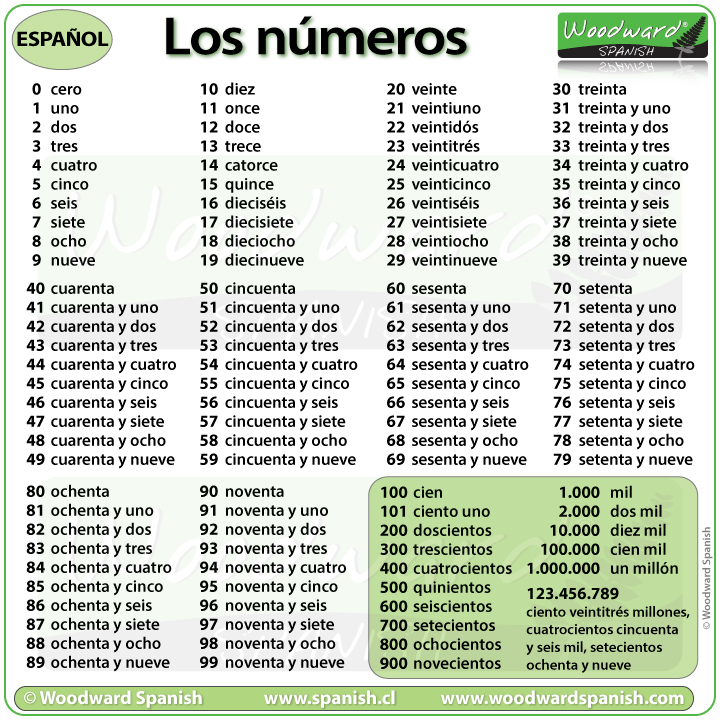 Teachers – You can find a printable version of this numbers chart to use in your classrooms here: Spanish Numbers 1-100 Chart

Listen to the pronunciation of the numbers from 1 to 100 in Spanish.