Listen to the pronunciation of the colors in Spanish in this video:

The main colors in Spanish are: 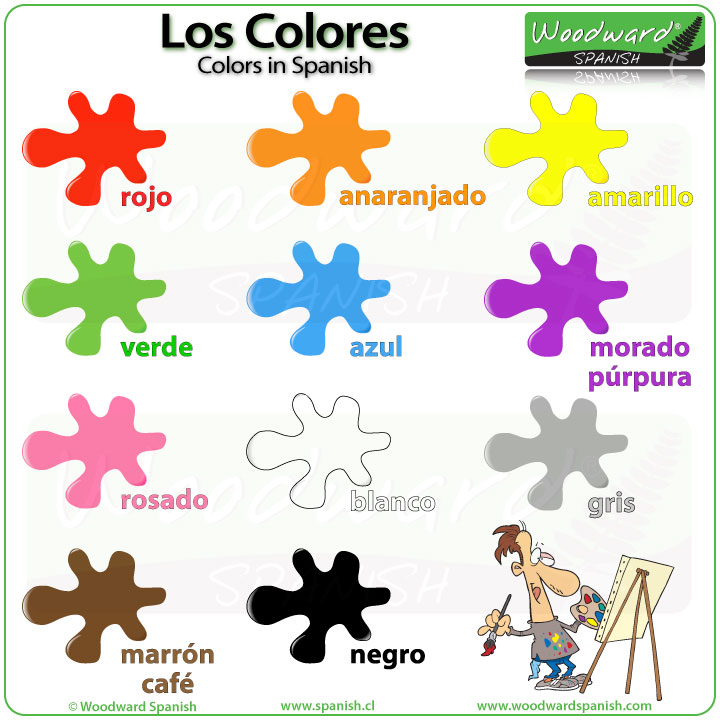 Some of the colors have two different words for it. Which color to use depends on the country you are in.

In general, marrón is used more in Spain while café is used more in Latin America (with the exception of a couple of countries). Normally both marrón and café are understood in every country, though sometimes in countries where marrón is used, you may have to say de color café so as not to confuse them with saying coffee (which is also café).

An example: In Chile café is almost always used instead of marrón. However marrón is still understand in Chile but they may wonder where you are from to be using that version of the word for brown.

Rojo vs. Roja vs. Rojas vs. Rojas

Why do you sometimes see the word roja instead of rojo? Or sometimes even rojas?

In Spanish, colors have a masculine and feminine form AS WELL AS a singular and plural form.

This is called Spanish adjective agreement and we will learn more about this in the next lesson. 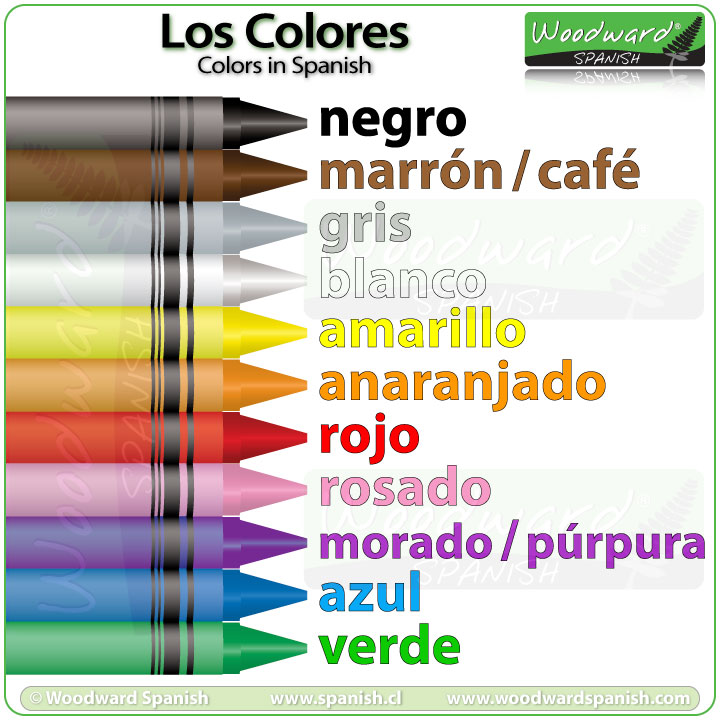 Picture of colors quiz – There is a picture of 11 colors with a number next to each one. You need to choose (from 4 alternatives) the name of that color in Spanish.

We have a Spanish colors chart that can be used in the classroom or at home which includes some extra coloring activities. We also have some Spanish colors task cards: 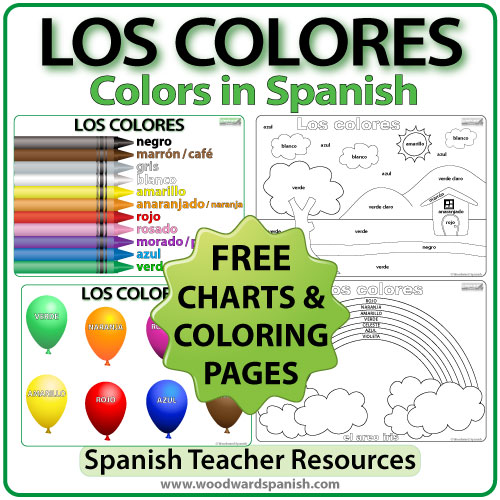 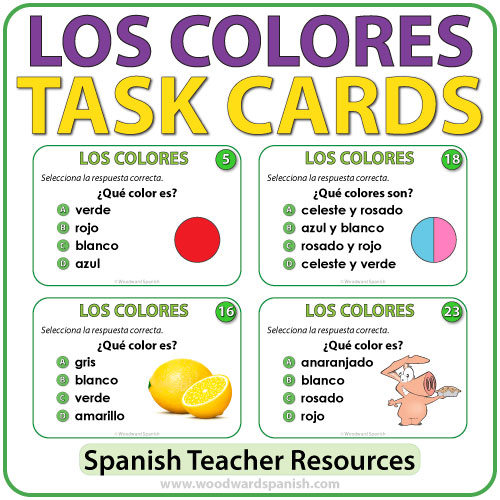